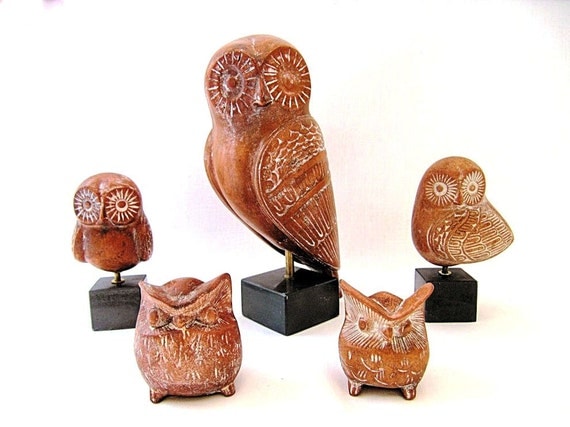 Shared by thanos in the Pottery

----------------The owl is sacred to the Greek goddess of learning, Athena and is even depicted on some Greek currency as a symbol of status, intelligence and of course, wealth.
In the mythology of ancient Greece, Athene, the Goddess of Wisdom, was so impressed by the great eyes and solemn appearance of the Owl that, having banished the mischievous crow, she honoured the night bird by making him her favourite among feathered creatures. Athene's bird was a Little Owl, (Athene noctua). This Owl was protected and inhabited the Acropolis in great numbers. It was believed that a magical "inner light" gave Owls night vision. As the symbol of Athene, the Owl was a protector, accompanying Greek armies to war, and providing ornamental inspiration for their daily lives. If an Owl flew over Greek Soldiers before a battle, they took it as a sign of victory. The Little Owl also kept a watchful eye on Athenian trade and commerce from the reverse side of their coins.----------------